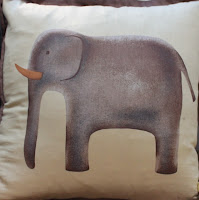 Before I tell you about the recording for this post, I wanted to say that the new group-project is sounding great and growing well! (If you haven't been back to the blog here in a while, I've been silently updating the previous post with new recordings of each rehearsal, so you can just scroll down there to hear a bit of where it's been headed.) In fact, just this past week, we booked our first show for Saturday, July 10th at the Gypsy Cafe on Stone Way between Wallingford and Fremont. The group is going to be called the "Woodland Experimental Groove Orchestra". And for now, I'll just say that it's an all-improv dance band with -- as you might expect -- a couple of key twists. In order not to reveal too much more of what we're up to, I'll probably keep the next couple of rehearsal recordings off of the blog here, but if for some tragic reason you can't make it to the show on the 10th, check back here in mid July for the recordings from our first show!

In the groove orchestra, I've dropped my traditional role as a player of stringed-instruments and am instead holding down the bass (and a bit of harmonic counterpoint) with an old Yamaha keyboard run through a Boss wah/leslie modeling pedal, the overdriven channel of my Carvin tube guitar head, and out through the ported Aguilar 12"-with-horn bass cabinet that I used with Neon Brown. By splitting the keyboard (bass for the left hand and some form of "keys" for the right) and using a couple of simple effects (the wah and the tube-fuzz) to warm up the diverse (often cheesy) built-in voices, I think I'm getting a surprisingly versatile and pleasantly classic sound.

Which brings us to this week's recording. I haven't really touched a keyboard more than once or twice a year since finally leaving the cover-band business (1993?), so it seemed like maybe I should practice a bit. Keys (as opposed to all but my most electric stringed instruments) have the added bonus of being quiet enough to play in the next room while Lucy is asleep, so I've been spending 15-30 minutes noodling around each evening at around 10pm, and have even started recording these sessions for the last couple of weeks.

The clip above is from the first one that I recorded -- some time last week. Here, as with all of my evening noodling, I'm not running through the amp-configuration that I use with the group. …just through a simple solid-state fuzz-box that's part of the wah-modeler and then straight into the board (which I monitor with headphones). The clip drifts through some mellow improvised changes which occasionally showcase one of the polymeters I've been playing with. Listening back, I'm happy with how easy it is to generate relaxed momentum and spontaneous counterpoint with no looping or delays. It seems I'm playing more like my two-hand 'plank' technique than how I used to play the piano those many years ago, and I'm liking the effect. The vocals are another story… :)) While I sort of like the secretive-sounding hushed tones of the 10pm hour, it doesn't feel like my best lyrical dexterity. So, In spite of the evidence of the last 3rd of this recording, I want to assure you all that I haven't turned to late night solo-drinking. I was just a bit sleepy.
Posted by F R E E L A B at 10:31 PM No comments: