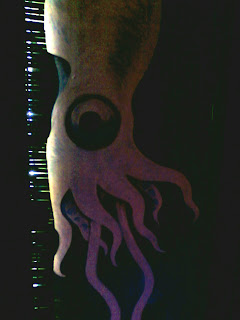 Here are the recordings from WEGO's second attempt at hosting the open mic at the Seamonster Lounge on Monday, November 26th, 2012. The Orchestra for the evening was Woody Frank (guitar and voice), Ian McKagan (guitar and voice), Jesse Silvertrees (djembe and voice), and Me Woods (bass and voice) … with the addition of Dana (? I *think* that was his name…? I'd never met him before, but he played some sweet stuff) on trombone and Shellita (sp? … one of the fantastic open-mic regulars there) on voice for Set 2.

Just like last time, a stellar crowd of open-mic participants streamed into the expertly-remodeled Seamonster and started signing up well before 10pm.  By 10:15, the place was pleasantly packed.  We probably let the list get a little long.  Even limiting everyone to two songs, we decided to forego a third WEGO set so we could hear everyone from the original list before closing time.  Still, the two short sets we did play were pretty solid, and -- as this week's bonus item -- I also managed to record Woody's slot in the open-mic rotation. 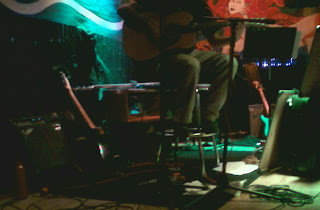