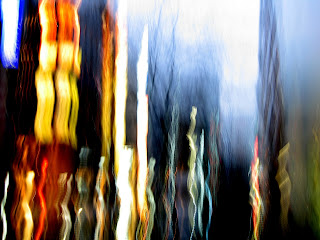 Here are more than enough recordings from the strange and powerful "February birthdays" house-party we played on the 19th. The whole thing went down at the same house as the Halloween party. The most notable setting differences this time were the new acoustic format and the party's strict glowstick-and-candle-only lighting scheme. By the second set, our eyes had grown so comfortable in the dark that the headlamps that we were wearing to light up the signal boards felt like searing spotlights.

Speaking of birthdays, has it been a year now since we started this project? If not, it's definitely getting close. And it still feels like it's evolving quite quickly. Yes! 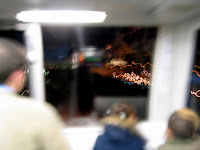 So much went down at this party that I'll let the recordings speak for themselves. It's pretty easy to hear the ebb and flow of energy. Most of both the highs *and* the lows come in sets 2 and 3 (really just a brief water-break between them). …from oddball inspirations like "Holy Shit, This is It!", "Jesse's Sweet Sweet Groove" (my personal high-point of the night) and my weirdly entertaining duet with Woody on Justin Timberlake's "Sexy Back" to the occasional vocal breakdown that may have overstayed its welcome. (There's sooooo much I'm not mentioning though! By all means, call yours out in the comments below.)

I played this show with a new EQ pedal for the bass-box that gives me a significantly increased amount of tonal/volume control, but there are still a couple of things that I want to try to tweak with the overall group sound. Hopefully at our next rehearsal. It was a rowdy enough party (with huuuuuuuuge electronic music playing during our breaks) that it's a little hard to guage our sonic effectiveness for the event, but I did get plenty of sincere compliments in addition to the undeniable compliment of frequent dancing listeners. I feel like we might've supported them a little better, but I'm grateful for their commitment nonetheless! 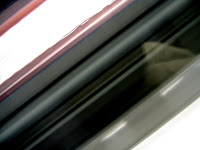 Again, I was the only one with a real vocal mic, so you'll hear our recently customary group shout-singing throughout. It actually works surprisingly well! But I'm beginning to think we've outgrown it and could really improve our range with a full set of mics. (The rest of the singers are just too versatile to reduce to the top 1/4 of their dynamic range!)

This is mostly "as it happened", though I *have* edited some of the crowd banter out here and there to protect the guilty. Whether you were there or not, let us know what you think!
Posted by F R E E L A B at 10:55 PM 2 comments: 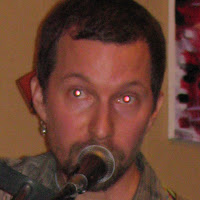 Here are the recordings from WEGO's February 11th return to the Gypsy Cafe. The Gypsy is that wonderful bohemian lounge at the bottom of Stone Way in the heart of what I'm gonna call "Freelingford". You know the one! Actually, I'm assuming you were there because geez-oh-man-oh-howdy did we have a large and energetic crowd that night!

It was my turn to do the opening set for the evening. Since I'd just finished recording my acoustic album, you'd think I would've been well-prepared, but I had decided to add a trio of new covers to the set "just to keep things fresh". I'm still in a slightly weird place with performing this way. The audience connection and the guitar-and-voice part feel consistently strong these days. However -- especially with a big crowd like this -- the solo sections still tend to feel under-supported with my finger-picking approach. Perhaps I didn't have the changes for the new ones down enough either…? Just now I'm thinking maybe I should turn up a bit and play more lightly throughout, so that the single-note stuff can keep up with the strumming without me having to snap every string so hard. Another possibility (almost the opposite in a way) is that my strings are too light and loose and I need to get some fatter strings so I can lay into it more without saturating the single-note stuff so quickly … though this would likely make any tap-styling seem even quieter by comparison … hmmm). Regardless, just doing it more is sure to help and in spite of my second-guessing here this show did continue the upward trend in my interest in the format.

After that, it was two rowdy sets of WEGO. We had planned to set up our own PA and monitors for this one, but for various reasons it just didn't happen and the sound on stage ended up varying from okay to muddy. This no-doubt increased the challenge in building tight grooves and hitting crisp transitions, but I'm happy to report that the mix is totally listenable on the recording. And the playful energy and some inspired lyrical renditions come through quite clearly in places. 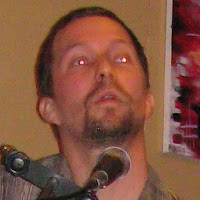 Random notes: Ian was sporting an extra clean and present tone for this one, playing through one of the beautiful house acoustic 6-strings. Dennis brought out a drum and shaker, adding some nice depth to the groove, but sadly Jesse abandoned setup of his keyboard as it started getting late and so we didn't get to benefit from the inspired harmonic additions that we've become spoiled by at rehearsals. But he *did* sing more than usual, and that of course was a good thing. Take set-2's "Let's Dance", for example. This show featured some first appearances of what are sure to become regular lyrical standards: Country Roads, Ain't No Mountain High Enough, American Band, When I Think About You, Electric Avenue, and probably at least one more that I've forgotten.

And yeah, wow, what a great crowd! Standing Room Only for the first half of the night, and people actually took advantage of the opportunity to dance! Dancing makes me happy.

I had forgotten to delete the recordings from the previous get-together and so the portable recorder ran out of flash-ram at about 15 minutes into the second set, but I think things went pretty well for that set too. If you remember anything particularly awesome (or disturbing!), by all means call it out here in the comments.  Oh, and speaking of, check out these great photos taken by my "friend" David Levin.  ;))  If anybody got any photos of WEGO in action, please send them my way ... They can't possibly make me laugh as hard as these, but I'll probably add them to the post anyway.

(Addendum: Thanks to Kyle for stepping up with these extra photos!) 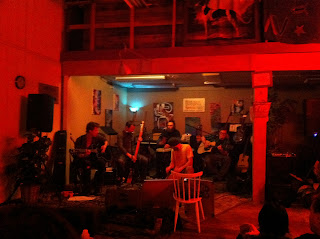 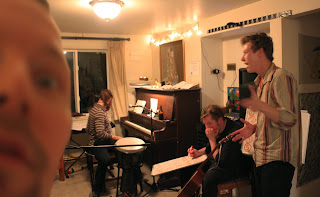 The original intention with the Woodland Experimental Groove Orchestra was that we wouldn't need to rehearse after the first couple of months, but ironically -- as the membership has become more steady (much steadier than I ever imagined) -- the vision and tools of the project have become more and more intricate. And I couldn't be happier! As the core group has invested themselves so fully in the concept, the possibilities have grown at least proportional to the investment and it seems like the horizon is wider than ever. The occasional rehearsal allows us to evolve both our methods of communication and our collective understanding where we want to go with them. Sometimes, as you can uncover in these recordings if you're listening carefully, we're playing with our own esoteric improv exercises that may eventually translate into specific signals or may just broaden and inform the overall range of our collective groove.

Dennis was missing for this one, so it was just Woody (guitar and voice), Ian (guitar and voice), Jesse (piano, djembe and voice) and me (bassbox, ass-hat-glockenspiel and voice). I love Jesse on djembe, but this one reminded me that we really need to bring in some more percussion to free him up to play more piano … it's a big positive addition!

All in all, a great night. A few new lyrical standards for this one and lots more on the way! Even the classics were approached extree-strange-style. High moments abound…

As always, please enrich the dialogue here with your comments below!
Posted by F R E E L A B at 8:03 PM No comments: