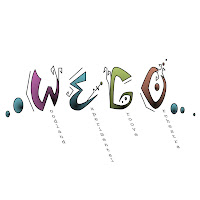 There was a decent third set too, but by that point Jesse had left, and things were clearly winding down. Since the first two were so strong, I'm just going to include those for now.

This was the first appearance by Zach, and it was a great one, fueling at least half of the second-set action. Look for more of him with us in the future!
Posted by F R E E L A B at 11:44 PM No comments: 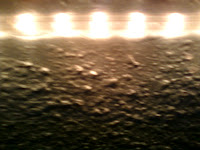 Here are the recordings from WEGO's first open-mic hosting of 2013 at the Seamonster Lounge! The orchestra for the evening was Woody Frank (guitar and voice), Ian McKagan (drums in sets 2 and 3), and Me Woods (bass and voice).

I was a little worried that Jesse couldn't make it for this one and that Ian didn't get off work until 10pm on this particular evening, but the first set with just Woody and me was as full and diverse as ever. So by the time Ian showed up and hopped on the kit, it was all smiles. From there, things loosened up even a bit more and some great high-energy peaks rose from the fresh interplay.  I think I enjoyed the open-mic players more than ever on this one.  Still, the highlight of the night for me is probably Woody's Rick-rolling from our first set.
Posted by F R E E L A B at 10:58 AM No comments: