Here are some clips from two different Trio combinations:  Adrian plays drums throughout, but the first clip has Woody on Guitar and me on Bass and the other two are vice-versa.  More details later!
Posted by F R E E L A B at 10:47 PM No comments: 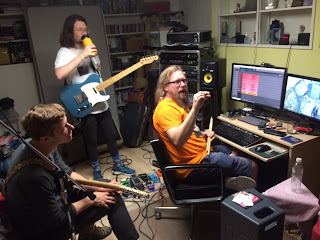 Here's the warmup jam from Toast Fantasy's August 13th studio session.  These warmups often seem extra steady and unambitious (usually in a good way) after setting up all the gear ... a sort of settling process perhaps.  The mix is barely beginning to develop here (super rough eq/level/room pass so far) but I'm already loving the sound and looking forward to pulling together the tunes we tracked later in the evening! 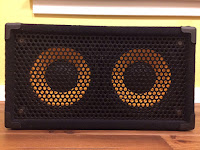 (I almost forgot: This was also my first session with my new MarkBass cabinet!  I finally traded in the old Aguilar for a 210 and am sooooo happy!  The Aguilar was a great fit for the NeonBrown years, but the 12" speaker just wasn't notching well in this 2-guitar group.  The new cab handles an extra 100 watts and the 10" speakers naturally push the frequencies I was craving (and it's freaky-light!  Actually lighter than the old one).  You'll notice the highs are radically rolled off in this mix ... an approach I'm really digging at the moment ... pretty close to the sound that was coming straight out of the cab after some radical shaping with a graphic EQ pedal (without the EQ it sounds closer to my old sound, but with much better presence and penetration in the mix ... so it feels like I'll have lots of options going forward!) 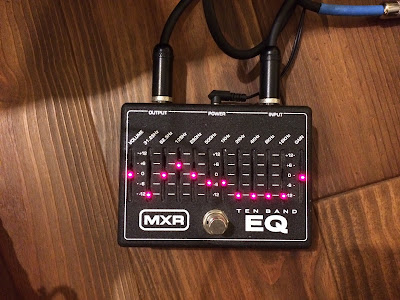 (temporary bonus tracks for the band and other early-birds:)
Falling
Night
SkitteryFive
Woody'sChanges

Toast Fantasy had scheduled a studio tracking-session for this particular Friday in early July, but the MOTU 828 would consistently crash every time we tried to launch DP.  Adrian patiently tried to debug the problem for most of an hour before we gave up and decided to play with some new structures instead.  By the end of the evening, we'd made so much progress on completely new material that I think all four of us were grateful that things had gone as they had.

The first clip is the 10 minute warmup-jam/purge after we had finally given up on the multitracking setup.  "Falling" is a capture of Adrian's idea for a dynamic arrangement of the structure that we had planned to multitrack that night.  "Night" is a rough arrangement of a simple structure that I'd been planning to introduce soon (based on a weird musical dream in Canon Beach).  "Skittery Five" is a pleasantly crazy angular structure that Five had been playing with (it actually has a real name that I'm not sure I'm remembering correctly) ... the rough version you hear here is our first playthrough of the idea.  "Woody's Changes" is something moody and spacious that Woody brought in that might eventually have vocals.

Toast Fantasy at the Fremont Fair! 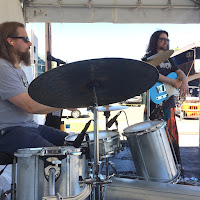 Here's an extended piece of mostly-improv (around the simple C# min groove of Aphid Tea) from Toast Fantasy's hour-long set in the blazing heat of Sunday's Fremont Fair.  Many thanks to the bookers of the Center Stage and the listeners who braved the desert-like conditions on the pavement in front of the tent!

(check out the part where the medium-dogs-and-drums parade goes by -- partly playing along it seemed...?)

Toast Fantasy at the Blue Moon 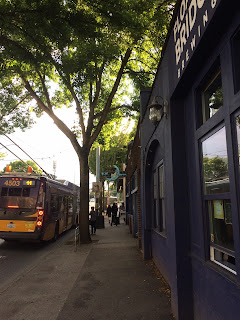 Here are a couple of clips from Toast Fantasy's first real public performance, at the Blue Moon at the edge of the U. District.  We opened for Portland's "Lost Ox" (excellent!) and Seattle's "Argan Band" (trancellent!).

The main focus of this blog is unstructured free-jamming, so here is our brief ambient/exploratory opening jam, and the closest thing to pure improv that happened in the rest of our short set: the modal jam-section from the debut of "You and I". 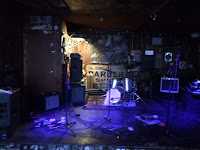 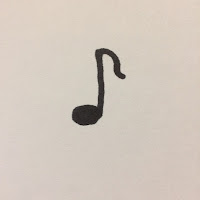 Here's the warmup jam from the final Toast Fantasy rehearsal before our first public shows (at the Blue Moon on Thursday and at the Fremont Fair on Sunday)!  This was an extree-fun jam, and the tunes sounded great as well ... Looking forward to sharing this group with a live audience!
Posted by F R E E L A B at 6:45 PM No comments: 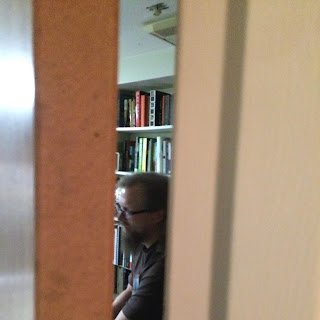 We're ramping up to play our first two public shows in less than two weeks, and it seemed we were all eager to stabilize the composed material, so there was only a little more than this short clip of improvisation to kick off the evening.  I'm trying out 5's bass amp here (long story short: I'm interested in notching my bass tone better into the mix) and it was a huge improvement!  This is a simple jam, but has a really nice solid pocket ... things just gel better the more we play together.  For a certain kind of synergy, there's really no substitute it seems! 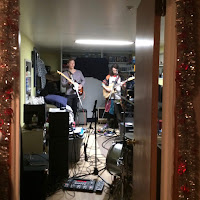 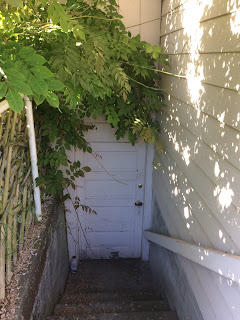 Toast Fantasy will be playing at both the Blue Moon and the Fremont Solstice Festival during the same week in mid-June, so we're getting together and running those tunes!  Here are a couple of developing instrumentals we're likely to play -- one by Woody and one by Adrian. 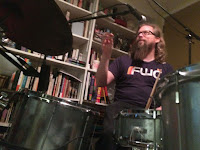 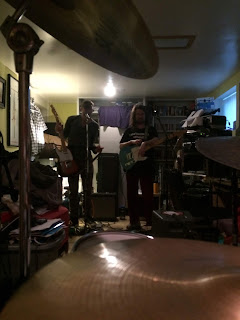 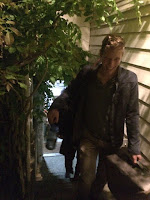 Here's an unedited recording of the warmup jam from Toast Fantasy's last-day-of-April get-together.
Posted by F R E E L A B at 7:53 PM No comments:

Astrol Waters at the LoFi 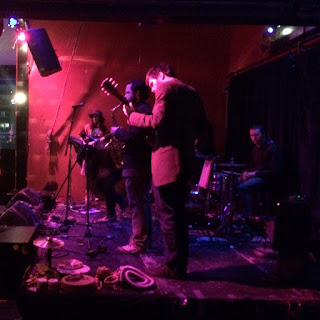 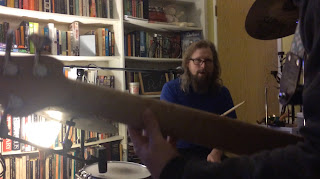 At this past Monday's Fantasy Toast, we spent a bunch of time exploring new compositions, including a half-complete composition I've been working on, a revival (and extension) of Neon Brown's stripped-down "Falling" (by Adrian, who also improvised the changeup riff on his toy piano -- which you can hear us playing in the second clip above), and a super promising new piece by Woody. 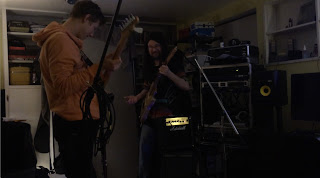 My usual audio-recorder was out of batteries, so I captured some cool footage (with atrocious audio) on my iPhone.  I even decided to post a low-res version of most of the 10-minute warmup jam (in spite of the abrasive unbalanced audio).  The photos here are lifted out of the full-res video.