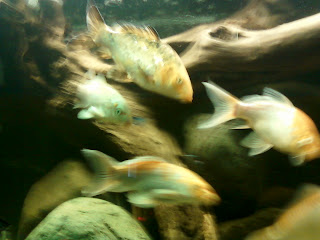 Here's as much as we managed to record of our September 23rd show at the Shipwreck Tavern in West Seattle. The orchestra for the evening was our usual core quartet of Woody Frank (guitar and voice), Ian McKagan (guitar and voice), Jesse Silvertrees (djembe and voice), and Me Woods (bassbox and voice). Ian played a relaxed and moody set of guitar-and-voice to open the evening.

Longevity of my recharge-ables had dropped to an all new low, and so a couple of significant portions of the show were not recorded: a chunk in the middle of the first set -- before I got up to change the batteries -- and the second half of the second set -- when the backup batteries died too.  (Missing the first song of Ian's set was my bad.)  The new batteries I've ordered should be here in time for this Thursday's show at the Blue Moon -- where we'll play for so little time that it shouldn't be an issue ;)). 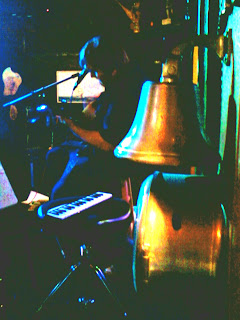 It was a warm wonderful evening, and this show was very poorly attended … connected facts … who knows…?  But thanks to the fantastic hospitality of Chips and Chris, and the generosity of the gullible few who did turn up, we had a good time anyway.

There was also some slightly unbalanced enthusiasm from a guy who first arrived during the set-break and tried to get a few of us to donate to the peewee baseball team he claimed to be coaching (a 20-something "bro" who didn't seem to fit the part), and ended the evening shouting "you guys hate art!!" at the bar-tender after he jumped up on stage to freestyle and had his mic cut off. He came back a few minutes later and tried to smooth everything over … an interesting guy for sure!
Posted by F R E E L A B at 11:50 PM No comments: 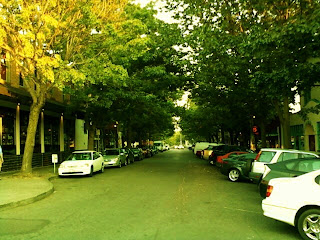 Audience turnout was exceptionally sparse (the temperature had been in the mid-80's all week, and perhaps people were outside enjoying the last of Summer), but for those who came it was a strong and slightly-unusual show. With Jenny and Dennis missing and with Jesse rocking the keys (instead of djembe), it was a harmonically-rich sound that suffered surprisingly little from lack of groove. …not that we won't be psyched to have our missing regulars back, mind you!

#$%&^*, the batteries died on the recorder again!! (Note to self: need a new set of NI-MH 2700ma AA rechargables.) However, I swear the recorder held on until roughly 1 second after the last note of Ian's country/jazz-hall "Crazy Train", which was arguably the top standard of the evening. So all is forgiven, little recorder. After that, we congratulated ourselves for at least a couple of minutes and then played a little less than 15 minutes more -- the bit that's missing from the recording here.

Emma (the new barista) joined us on vocals for the first bit of the second set. We always enjoy this sort of thing, but I was quickly surprised by her voice-control and sophisticated harmonic palette. Check out the extended scat-solo at the end of "Disco Inferno". Sounds like she's going to be the regular Thursday barista for a while, so we're planning to run a super-long mic to the bar, so she can join in at will. 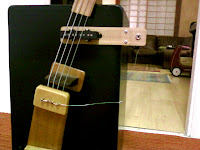 Finally, this was my first show with the electric pickup on the bassbox. As a single-coil jazz-bass pickup, it's naturally a little noisy, but nothing that doesn't get quickly buried when the other players join in. And you can really hear the improved low-end warmth, especially during the second set.  Hell, I made it through both sets with no blisters!  I'll be glad to have the increased headroom going into our two bar-shows at the end of the month.
Posted by F R E E L A B at 11:00 PM No comments: