Map of the Woulds February Freejams 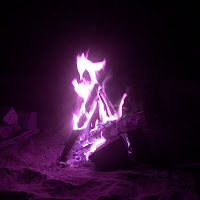 Here are a couple of fully improvised movements from this past Monday's 'Map of the Woulds' rehearsal.  Before some reps on our next video-capture-candidate-tune and inbetwixt some experimentation with some new compositional ideas, we cleared the air with some fully improvised exploration.  As one might expect, the "Warmup Jam" was the first playing of the night, with the second jam (named for the odd vocal-jam which kicked it off) coming very near the end.